Austin is the girl next door. Bright-eyed and wholesome, our city presents itself as every parent’s dream. We love dogs, recycle, and eat organic, locally sourced produce. It is hard to imagine anything sinister while staring across the green expanses of Zilker Park or strolling Lady Bird Lake. Yet like so many girls next door, Austin has a secret. Several of them actually. And this Halloween, we hope they all come out to play…

The Spooky and Scandalous Side of Austin

Very few haunts receive as much attention as the majestic, historic Driskill Hotel. Its stunning marble halls have hosted Lyndon and Lady Bird Johnson’s first date, as well as the filming of Miss Congeniality and many Governor’s Balls. Yet the hotel is rumored to have a few uninvited guests and is considered one of the most haunted hotels in America. Jesse Driskill, the hotel’s founder, is said to roam the halls, reminiscing over his life’s masterpiece, which legend has it he lost in a game of poker. A ghostly maid delivers translucent flowers to the lobby, and a little girl can apparently be heard giggling on the staircase which caused the fall that ended her short life. Most impressive, a jilted fiancee who made a run from her ex-lover, and a run on his credit cards, can be seen loaded down with shopping bags filled with clothes she never lived to wear.

Another unfortunate soul who lost their life too soon, but decided to stick around to see what Austin would become, can be found at The Tavern. During Prohibition Era, The Tavern’s upstairs allegedly served as a speakeasy and brothel. Emily was employed there as a call girl, and she was killed unexpectedly in a barroom brawl.

Some Austin spots are haunted by the living rather than the dead. Being the center of Texas politics has created both secrecy and scandal in the Capital City. Under-the-radar joints like The Cloak Room are said to have hosted many a political deal. Politicians appreciate the bar’s exceptionally dark interior to keep their activity away from prying eyes. They say there is even a tunnel that connects this Speakeasy-esque establishment to the Capitol building, but even the long-time bartender Bev isn’t saying a word on that one. 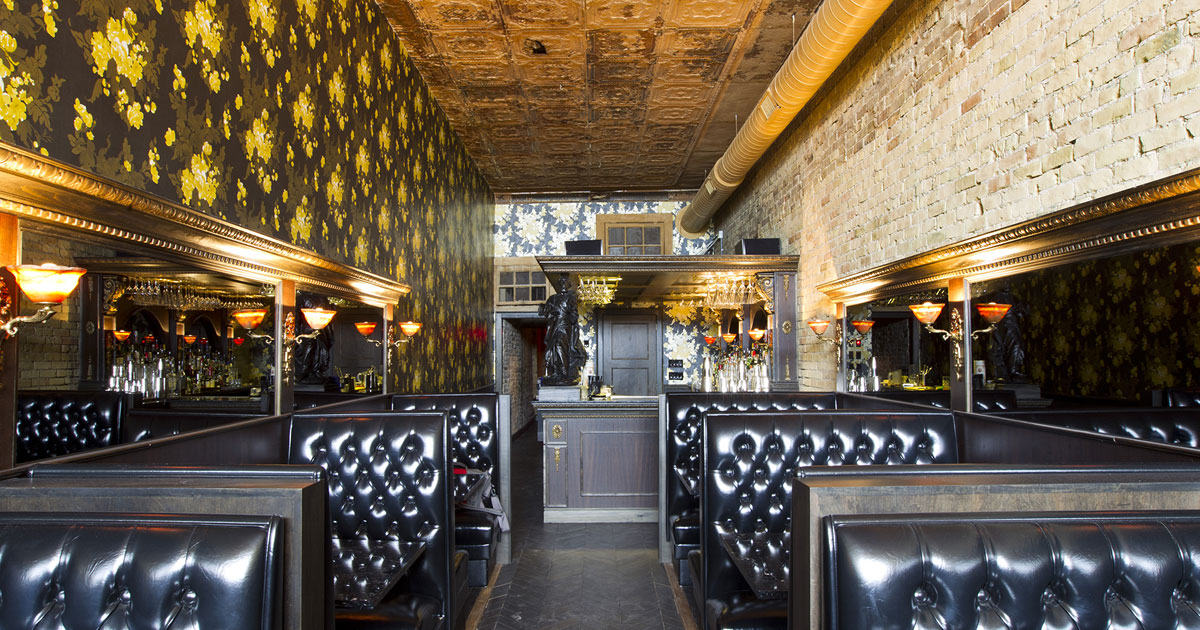 Sixth Street is a well-preserved display of Austin’s past. Originally the center of commerce, the area now filled with local bars has been home to many a brawl. Ghosts are rumored to float around these buildings that have been standing since the 1870s. But if you’re looking for scandal rather than spooks, look no further than The Midnight Cowboy. This nondescript speakeasy can be visited by reservation only and easily blends in between its larger neighbors. The red light is the only clue. The full name is a bit daunting for new guests, The Midnight Cowboy Oriental Massage Parlor sounds like a happier ending than most have in mind. But the name is taken from the building’s original occupants. A massage parlor that was just what it sounded like…until they were busted by the FBI as recently as 2011. You can learn about this speakeasy as well as many of Sixth Street’s other haunts on any of our Access ATX tours.

And of course, no spooky list is complete without at least one creepy cemetery. In our case, Oakwood Cemetery fits the bill. With notable Austin figures like General Sam Houston calling it “home”, you never know what ghost you’ll bump into at midnight. Our favorite way to see this cemetery and many others? With an expert. Lots of local tour guides have intimate knowledge of the people buried there, which makes the experience much more interesting than staring at a couple tombstones hoping to bump into Casper.